Can Unforgivable Violence Ever Be Forgiven?

It was exactly four years ago today that one of the most brutal, senseless, and unforgivable acts of violence in U.S. history took place. And that day also brought one of the most extraordinary responses to unspeakable violence our culture has ever known.

The schoolchildren had just returned to their classroom from recess on the morning of October 2, 2006, when a 32-year-old milk-truck driver named Charles Carl Roberts backed his pickup truck up to the front of an Amish schoolhouse in Lancaster County, Pennsylvania. We may never be able to understand what possessed Roberts that day, but we do know, to our horror, what he did.

He walked into the classroom holding a 9mm handgun. He then ordered the male students to carry items from the back of his pickup truck into the classroom. These items included a shotgun, a stungun, wires, chains, nails, tools, and a bag which included sexual lubricant and flexible plastic ties. There was also a wood board with many sets of metal eyehooks intended to be used for securing his victims.

Roberts ordered the female children to line up against the chalkboard. He then released the male students, a pregnant woman, and three parents with infants. One female student managed to escape, leaving behind 10 hostages, all of them girls.

The teacher, who had somehow also managed to escape in the confusion, immediately raced to a nearby farm and called 911. Within a few minutes, police and emergency medical personnel began to arrive. As they did, Roberts was using plastic ties to bind the arms and legs of the schoolgirls he held hostage. A group of state troopers approached the schoolhouse, but Roberts threatened to shoot the girls if they did not leave immediately. The police backed off.

A police negotiator, using the bullhorn on his cruiser, spoke to Roberts, asking him repeatedly to put down his weapons and come out of the school house. He refused.

Barely more than 30 minutes had elapsed since Charles Carl Roberts had first driven up to the schoolhouse when the shooting began. He shot all 10 of the schoolgirls execution style, in the back of the head. When the shots rang out, the police immediately rushed the building, but the shooting stopped just as they broke through the windows and began to force their way inside. Roberts had killed himself.

Three girls died at the scene, and two others died in the next sixteen hours. Five others were left in critical condition, struggling for their lives. The victims ranged in age from six to 13.

Janice Ballenger, deputy coroner in Lancaster County, told the Washington Post that she counted two dozen bullet wounds in one child alone. “There was not one desk, not one chair, in the whole schoolroom that was not splattered with either blood or glass,” she said. “There were bullet holes everywhere, everywhere.”

There is probably no way most of us could comprehend the grief and horror that this unspeakable brutality caused the Amish community and the families of these innocent victims. There are no words that can even begin to express the violence and its devastating toll.

But somehow, these people did not respond with hate. They did not cry out for revenge. Their hearts were filled with unimaginable grief, but they sought and found ways, miraculously, to turn their misery toward compassion.

Impossibly, the Amish actually reached out to the family of the gunman. The afternoon of the shooting, the Amish grandfather of one of the girls who had been murdered publicly expressed forgiveness toward the killer. That same day, Amish neighbors visited the Roberts family to comfort them in their sorrow and pain. One Amish man held Roberts’ sobbing father in his arms for nearly an hour, comforting him.

The Amish didn’t hold a press conference. They didn’t cast blame or prepare to file lawsuits. Instead, though their hearts were filled with grief and shock, they reached out with compassion to the killers’ family.

The story became the subject of national attention. Many reporters asked, “How could these people forgive such a terrible, unprovoked act of violence against innocent children?”

It’s a good question. Part of the answer stems from how deeply devoted the Amish are to the teachings of Jesus, who taught his followers to forgive others, to place the needs of others before themselves, and to find peace in the reality that God can bring good out of any situation.

This is who the Amish are. This what they do. They try to meet evil with good. When they are harmed, they seek to forgive. They do their best to embody Martin Luther King’s recognition that “forgiveness is not an occasional act; it is a permanent attitude.”

The Amish are a people of few material possessions. I’ve heard it said, by someone obviously not drawn to these people, that they have made self-denial into a lifestyle. But could they have an inner power that is beyond the comprehension of those of us caught up in the rat race of the modern world?

Which brings up another question. We live in a world where forgiveness is often seen as a sign of weakness, a world where revenge and retaliation are taken for granted as an appropriate response to evil. Could the Amish be showing us another possibility?

The Amish may be the Michael Jordans of forgiveness. Their capacity to forgive may seem superhuman to the rest of us. But is it possible that Amish forgiveness and grace have something to teach us?

I think it’s something that Dr. Martin Luther King, Jr. would have understood, and Gandhi, too. They taught that the most effective way to counter violence was not to condone it, nor to react in kind, but to respond to it with creative nonviolence. They knew that an eye for an eye only makes the whole world blind. They taught that you can hate the sin, but you must try to love the sinner.

Becoming merciful rather than hateful is difficult work, and can seem all but impossible for those who have been taught to nurse fantasies of revenge against those who have harmed us. We do not live in a culture where forgiveness is given much value. We identify justice with payback. We have highly developed capacities for blame.

But might there be something in the Amish example that can be an antidote to the brutality and meanness of the world? If we are moved by their example, could it be because they remind us of our own capacities for mercy?

I don’t want to sound too high and mighty here. I can get as angry as the next person, and I think that a capacity for healthy and constructive anger is a necessary part of our emotional wholeness. Sometimes injustice needs to be corrected, and there are people in the world from whom we, and our children, need protection. And yet, there is something in the Amish example that strikes me with its beauty.

Maybe the Amish can remind us of this: Yes, there is unimaginable anguish and violence in the world. But when all is said and done, love might still have a strength that hate can never defeat. 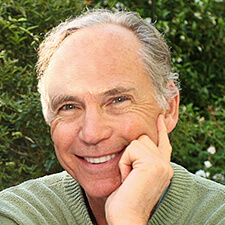